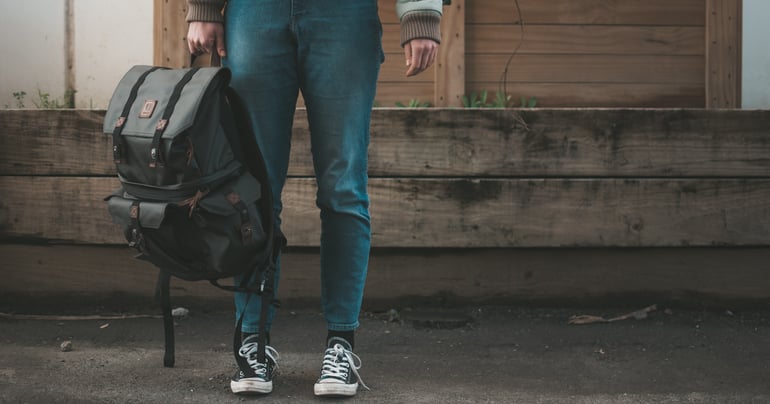 It’s the elephant in every room, a silently acknowledged fact, a normal rhythm of a missionary’s life. Jesus commissioned us to “go into all the world”, and we know it’s not easy.

But how do you deal with so many goodbyes?

I’m a missionary kid, I’ve moved countries three times, and I’ve been in missions for over five years. Through all of these experiences, I’ve got a storehouse of goodbyes. I learned the hard way to process them—or else the grief caught up to me, one way or another.

When I finally started processing my own transitions, nine “types” appeared around me (and in me)—each dealing with their losses in a unique way.

It’s true, some behaviors can be coping mechanisms. But don’t dismiss an entire type’s characteristics just because you met someone who expressed them in an unhealthy way. Each person handles transition differently, and you can learn something valuable from every single one.

Because going into all the world inevitably means saying goodbye to some of it.
And you’ll need all the support you can get.

So, here are nine types of missionaries—and the ways they say goodbye.

You don’t even know they’re in the middle of saying goodbye. Everything is awesome, they can’t wait for their new season, and God’s will is the best thing to happen to them.

This is the nostalgic one who shared 100 photos of your missions trip. They never miss an anniversary on social media, they organize Zoom reunions, and are constantly saying how thankful they were for the past season.

If you need to know what went wrong—ask the Whistleblower. They are completely aware of the weaknesses of your team or community. They do know missionaries are still humans who mess up—but this means Whistleblowers are generally relieved to say goodbye.

Everyone’s hugging, weeping goodbye—and suddenly, you realize this person vanished. Gone. Nowhere to be found. They disappear off your group chat, they become your distant memory... (until you bump into them in another country and they’re leading an entire ministry, but that’s besides the point).

The Binger knows the best shows to watch across every single streaming platform. They’re completely okay with being in their pajamas all day, and know the importance of rest in an emotionally exhausting season.

Tissue Soakers come in two categories—the ones who carry tissues, and the ones you give toilet paper to because it’s the only thing on hand. They’re never afraid of tears, and somehow they get you to realize how sad goodbyes actually are.

Do they even care? On the surface, the Internal Processors look like they don’t. Everything is calm and normal. They spend a lot of time with their journal or staring off into space. Then they write you a farewell card, and next minute, you’re the Tissue Soaker.

This is another person who looks like they don’t care. But this is because they’ve moved a dozen times before, they have 10 long-distance friends, and can pack a suitcase in 5 minutes. The Seasoned Professional knows goodbyes aren’t forever, and figure they’ll see you again someday—you just don’t know where!

Chances are, if you’re in the process of saying goodbye, you won’t be just one type. Whether you’re optimistic, nostalgic, over it, ghosting, binging, weeping, processing, or nailing it—saying goodbye is never straightforward. Give yourself permission to feel opposite emotions at the same time. And remember—it’s going to be worth it.

“And everyone who has given up
houses or brothers or sisters
or father or mother or children or property,
for My sake,
will receive a hundred times
as much in return
and will inherit eternal life.”

The mission field has changed, but your mission is still the same.
Learn more about our courses and available dates: