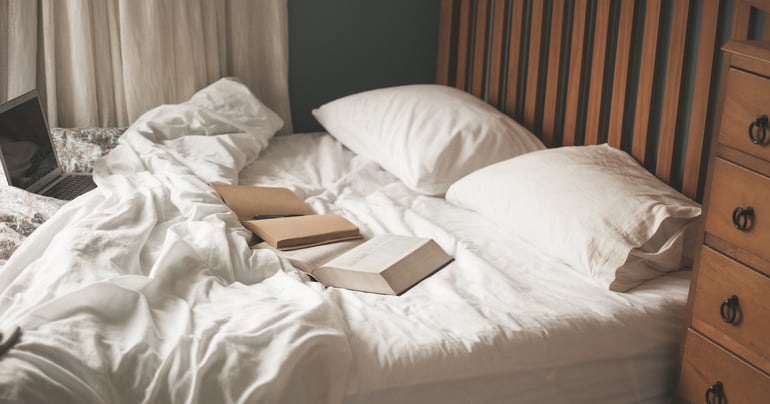 Jesus asked a pretty obvious question to a cripple.

In John 5, there’s a multitude of invalids and sick around the pool at Bethesda. They were covered by five roofed colonnades, providing shelter from the intense heat. Rumour had it that an angel would come and “stir the waters” of the pool—the first one who got in was healed.

When Jesus showed up to the scene, He knew this man had been there for almost four decades. Of course the man would want to get well. But instead, his answer showed how stuck he felt:

“Sir, I have no one to put me into the pool when the water is stirred up,
and while I am going another steps down before me” (John 5:7, ESV).

As YWAM Furnace here in New Zealand, we’ve had massive changes in the last month.

Like campuses across the world, our courses and meetings suddenly had to go online, and our normal rhythms of corporate prayer and worship stopped.

Personally, I’ve loved the time I’ve been able to have with my wife and three kids, including our newborn son. This is an unprecedented opportunity to grow closer to the Lord and each other. However, I’ve been finding myself also looking forward to getting back to meeting together as a YWAM community again.

But do we really want to just get back to normal?

That’s when I came back to John 5 and the cripple by the Pool of Bethesda.

I think we often get used to our routines, our systems, and the way we’ve always done things. The man in John 5 was so used to his routine and system, that he couldn’t even answer “yes” when Jesus asked him if he wanted to be well. He felt stuck.

In conversations with our leadership team over the past month, we’re sure of one thing—we don’t want to get stuck in one way of doing things.

We don’t want to keep running our courses in the same way and expect the same results. We don't want to rush back into the same schedule. We want to reexamine everything in prayer, so we don’t ever just “go back to normal”.

But what can you do to become unstuck?

Here are four practical ways you can get up if you're feeling stuck:

This shifts your perspective and helps you see the gifts God has given you this season.

“Enter His gates with thanksgiving and His courts with praise” (Psalm 100:4). Speaking out God’s character and His promises to you is powerful.

Keep calling your friends and family, checking in, and praying for each other. This is time for relationships to deepen, not weaken.

4. Allow God to Prune You

When you cut off a branch, it never grows back in the same direction. Are there habits you’ve felt stuck in? Are there successful ministries—corporate and personal—that God is asking you to cut back in the future? Or is there something that’s acted like those roofed colonnades—giving you the ability to endure a way of life that you don’t need anymore?

Finally, wherever you’re at, don’t lose heart. No matter how stuck you feel now, what Jesus has for you ahead is way better than you can ever imagine.

Everything is about to change.

Jesus said to him, “Get up, take up your bed, and walk.”
And at once the man was healed, and he took up his bed and walked.

Want prayer?
We would love to connect with you: