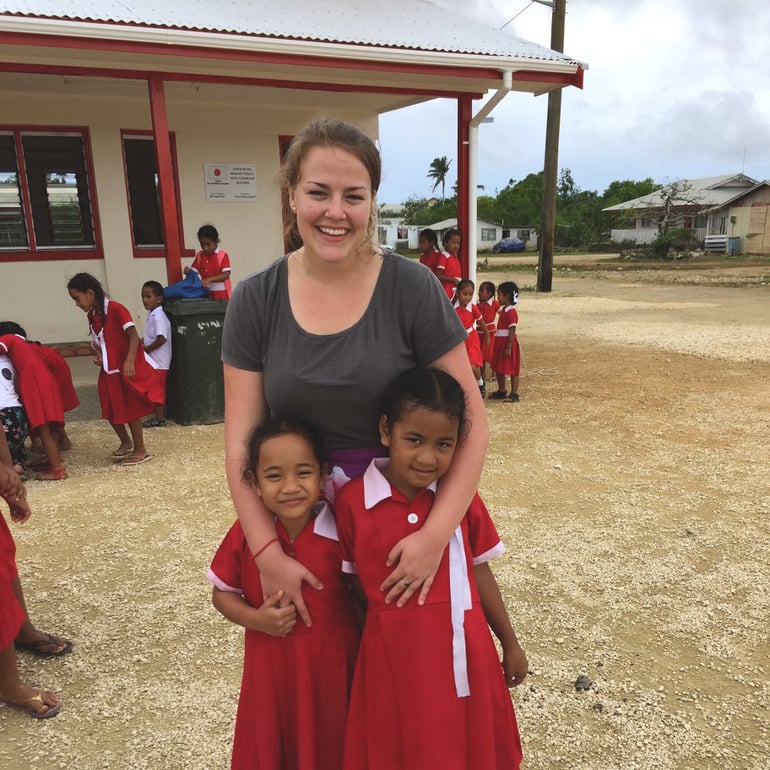 Have you ever been in a position where nothing seems to be going your way?

For most of my life, it seemed that nothing would ever go my way.

Growing up my biggest dream was to be an Olympic athlete.

I wanted to take my volleyball career as far as I could, defy the odds , and be famous for it.

I found my identity in my abilities and talent on the court. I felt that if I could be the best then somehow that would fulfill me in life.

But at the age of 12, things began to change...MASSIVELY!

The pain in my knee went undiagnosed for a few years.

By the time I was 15, over 35 doctors had looked at my case and most of the “answers” I received were less than encouraging.

“It’s growing pains, you’ll grow out of it”

“There is nothing wrong with you.”

“This could be in your head.”

Finally one doctor decided that he was going to fight for me. He found the answers we needed and finally a diagnosis.

“We don’t want to worry you but we are going to need to run some tests to rule out the possibility of cancer."

This news rocked my family until the test came back with the best and worst case scenario. An Osteoid osteoma. A rare benign bone tumour, found in youth and young adults.

Three surgeries later, months of physio, crutches, and having to sit on the bench season after season…

I watched my dreams of the Olympics get flushed down the toilet.

It was there in the deepest pain that I had felt up to that point, that I met Jesus.

But then I found hope and a bright future ahead in a man named Jesus.

I began going to youth group and church instead of practice and tournaments. I found a community of people who loved and accepted me regardless of my status or performance

They encouraged and pushed me toward Jesus.

And when I realized the truth written in Isaiah 55:8-9

Eventually, I found that choosing Jesus is the only thing that would satisfy me.

I found a JOY in my God that lasts forever. Instead of happiness in volleyball that was futile and performance-based.

Jesus wasn’t measuring me based on my performance, on how fit I was, or on how good I looked in the team uniform.

My “yes” to Jesus was the best decision I ever made.

I don’t know where I would be today If Jesus didn’t hijack my plans.

But I sure am grateful that He did.

And I plan to keep saying "Yes" to Him.