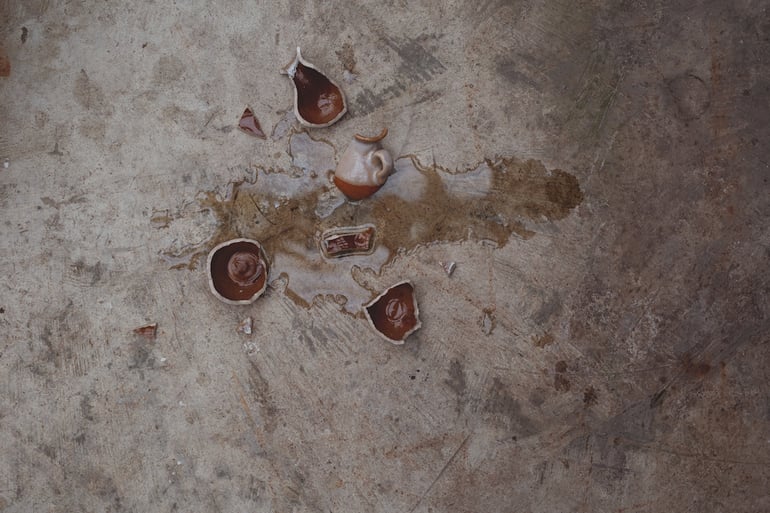 A year and a half ago, I had just walked through a season feeling like the Lord was silent—deafeningly silent, all when I felt I needed Him most. I needed Him as an advocate, as a friend, and as a leader. Instead, I found myself weeping before the Lord for hours a day with what felt like no breakthrough.

One day on my internship in New Zealand, I was in the Prayer Room alone and I sat down at the piano. I started singing a prayer that I had said many times before, asking Him why I felt forgotten, where His faithfulness had gone, and accusing Him of not being who He said He was.

However, in the middle of my accusations this time, I remember the Lord breaking what had seemed like such a long season of silence, by replying with one simple question:

From that moment on there was a grace over my pain—the ability to hold it in my hands, acknowledge it and release it as a new song welled up inside of me. In that moment, I knew I had gained a new capacity to tell Him, that even the most difficult things that I had walked through— I would do it all over again if He asked, because surely He is worth it.

That moment became a song that I couldn’t stop singing, and won’t stop singing for the rest of my life. I say that with weight and conviction because for me, it was a holy moment that built a new kind of surrender that had nothing to do with the highs or lows of circumstance and everything to do with His worthiness. This kind of surrender carries weight, it’s a vow. It's a promise to give Him worship that mirrors that of the saints around His throne in Heaven—taking their crowns, a symbol of authority, power, wealth and influence and casting them down before him over and over and over again.

There’s a story about a woman pouring her perfume out on Jesus’ feet. She had one bottle and she emptied it all before Him. But I know now, that if she had two, she would have gone back and emptied that bottle too, if seven—she’d pour them all out at the feet of Jesus until empty.

Because I think to know Him means to understand that no man can measure His worth. And the only way to worship someone like that is to give all of whatever you might have. Sometimes that’s your heart's joy, sometimes that’s your heaviest pain. But I believe that He’s not counting like we're counting. He doesn’t measure by beauty, by dollar signs or by outwardly impressive gifts—

He measures by our faithfulness to release the very lump sum of everything He’s placed in our hands.

I believe that there's an invitation for our generation to stir up that kind of worship and abandonment again. An invitation to sit at His feet so long, gazing at His face, beholding His beauty that it causes you to surrender everything you hold most dear— that when we see Him face to face, even when He places a crown on our heads, our only response would be to cast that down before Him, too.

When I sing “Surely, You are worth it all”, I point at my pain and the things I’ve had to give up, I think on all my loves and joys in this, and stir my heart to empty my hands of whatever I might be holding onto. To love Him surrendered and abandoned, holding nothing but a desire in my heart to bend my knees again.

I hope this song blesses you the way it has me, and that it stirs your heart to draw nearer to Him and bow lower still, even now.