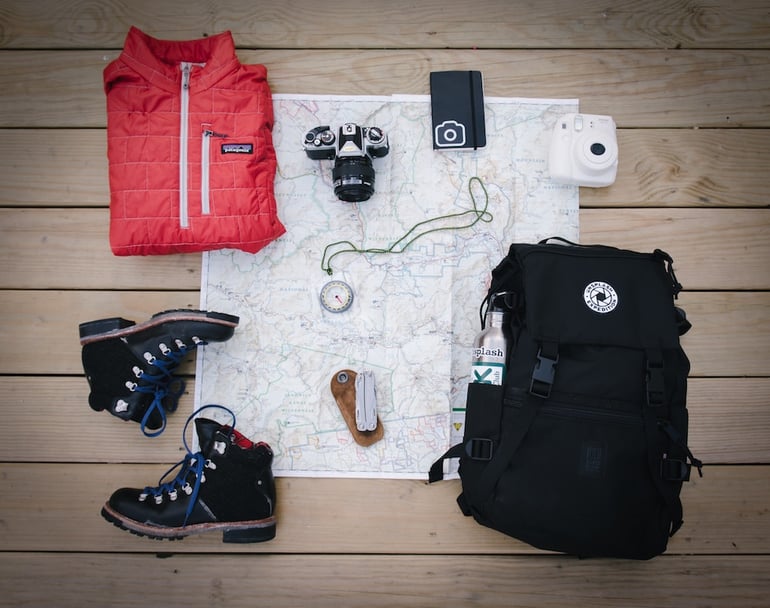 I've packed a few suitcases in my lifetime. I started with family vacations, moved on to weekend soccer trips, then came the high school missions trips, and now in recent years, leading missions teams myself. As a kid, my mom would look at my packing and exclaim, "Are you really bringing that? And that?" to now, when I can get by traveling internationally with a carry-on size bag (or less!). But the ability to pack light isn't for bragging rights (though it's definitely fist-bump-worthy), it's actually just plain helpful. Here's a few things we often think we need on missions trips—and why we can do withou

I think we all know we can live without our phones... or can we? You're talking to the one who never used to travel without her laptop, let alone without a phone. Today, our phones double as cameras, laptops, entertainment devices, even mirrors. So I'm not necessarily saying that you have to leave it behind. However, some of my best memories with my team were during two weeks in a Fijian village with little power and no data coverage. In time off, we actually sat around, chatted, and ate an insane amount "breakfast crackers" with peanut butter. So it's not about what you will lose by not having your phone—it's about what you can gain.

No, do bring clothes. Seriously, unless you are going to a remote tribe (but even then, you need to get through the airport), bring clothes. What I mean is "extra clothes", but this is up for interpretation. More often than not, I regret that I've brought too many shirts or other items of clothing. Now, as a general rule, I skim over everything that's in my suitcase. Then, I eliminate at least two items in each category (except for underwear—you can never go wrong bringing plenty of that!). Don't worry, you can wash your clothes as you go! And until you've hand-washed whole sweat-soaked outfits with powder from a packet you think says "laundry soap" (but you can't read the language), I'll argue you haven't lived.

Okay, okay, I have to be honest here—I've never been the girl who consistently curls my hair or even wears makeup on a regular basis. So I can't pretend to know what it's like to stop cold-turkey! However, what I can say is from experiences of not bringing makeup or a straightener while I traveled is that it certainly saved space! But on a more serious note, there's something freeing when you travel with a group of people who know you at your worst. The friendships I developed when my hair was tangled, I hadn't showered in days, and that zit just wouldn't go away—those friendships are the ones that have lasted.

After all of this, it's my Bible that gets me through those days that I'm wondering why on earth I chose to be a missionary or even leave my hometown in the first place. The problem is, my Bible is pretty bulky and full of heartfelt memories. It seems obvious, but I still have to remember that the size of my Bible doesn’t determine my connection with God. During a missions trip to the Himalayas, I spent two weeks with one chapter on one piece of paper as we trekked village to village. Needless to say, I won't ever look at John 15 in the same way again. So don’t be afraid to let go of your well-scribbled Bible for a few weeks, and be practical. God can use a new, small Bible to speak fresh life into passages you’ve read for years. So pack up—eliminate some stuff—and let's go!

Other posts in our Packing for Missions Trips & DTS series:

5 Essential Things to Pack for Your Missions Trip

What’s the Weather Like on a YWAM Missions Trip?

15 Things to Pack for Your YWAM DTS & Missions Trip