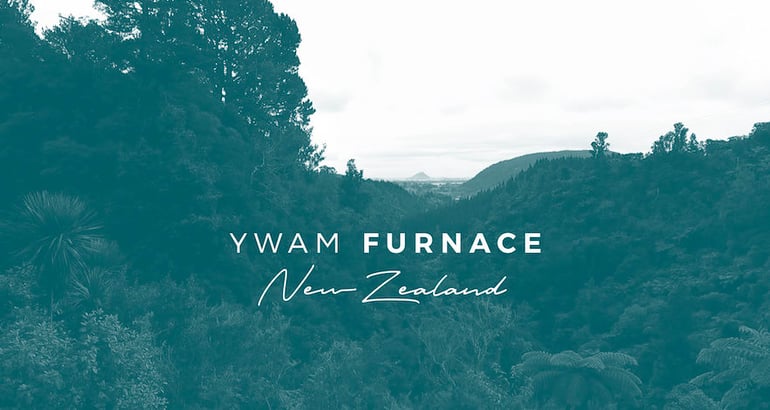 Name changes seemed to be everywhere. Abram became Abraham, Jacob became Israel, even Saul to Paul. We heard of churches renaming themselves, even other YWAM locations.

But could it really happen to us? Could there be a name that captured our story, in all its twists and turns? And how did we even become the community we are today?

In January 2004, a YWAM evangelistic campaign called Impact World Tour swept through New Zealand. Stadiums were filled for performances of international dance, skate and BMX, and incredible acts of strength (imagine phone book shredded, iron bars bent, and cars towed!). Then, the performers shared how Jesus had transformed their lives, and called the crowds to Him. In each gathering up and down the country, hundreds of people streamed forward. That was only the beginning. But where would all these people go?

Several years prior, the vision was cast for a community in Tauranga to be a beachhead for prayer and missions. "Beachhead" is a military term for a defended position taken from the enemy, where attacks can be launched from. Through Impact World Tour, we had gained ground with seeing people saved, but now it was time for a new move of prayer to fuel it.

In partnership with the Tauranga House of Prayer (Prayer Room), we started running Discipleship Training Schools based in the suburb of Bethlehem. From the blazing place of prayer and worship, people were equipped to take fresh fire to the mission field. We saw lives transformed not only in New Zealand, but across the world.

As we pursued the option of building in Bethlehem—expanding from our three houses and small classroom—we hosted our larger DTSes in Welcome Bay. The Faith Bible College campus bordered rolling green hills and it had seen Jesus transform lives for the past fifty years. We started hosting the Prayer Room there, too, and waited to see how God would bring our breakthrough.

In April 2017, it looked impossible to move forward in Bethlehem. Suddenly, we were invited to make our home on the Faith Bible College campus—not just for a season, but to really settle in and belong. We were blown away, and said yes!

Would we stay "YWAM Bethlehem"? That was the question on all of our minds, and for several months it seemed like our very-Biblical name would stick to remind us of our history.

Then God nudged us toward our vision of being a beachhead for prayer and missions. Could there be a name that encompassed that, as well as our mission to be a community where people are encountered by God, equipped, and sent to the nations?

Turns out there was a name just for us.

Because it was our vision all along.

See this vision in action: