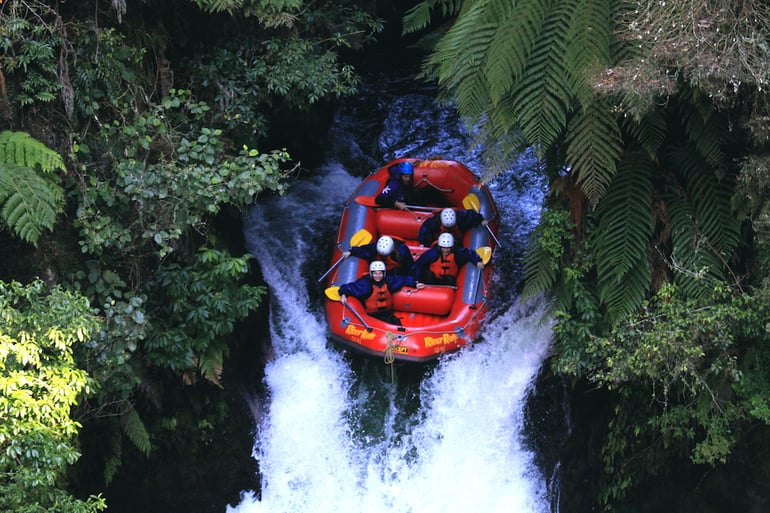 About four months ago, before I moved back to Tauranga, I asked God what he was wanting to teach me about in this next season.

A key thing He said was vulnerability.

Honestly, I didn’t really know what vulnerability even was and seeing it as a good thing was weird to me.

The dictionary definition is also kind of weird...

Vulnerability: the quality or state of being exposed to the possibility of being attacked or harmed, either physically or emotionally.

Notice it says the “quality” of being exposed… I knew for me at least, the idea of people seeing my weakness or my fears seemed far from “quality”.

But during the last couple of months, God has been showing me about the power of vulnerability.

I took our Discipleship Training School white water rafting in Rotorua which is a town about one hour from Tauranga. I had been white-water rafting on my DTS in 2016 and had so much fun, but for some reason this time I was so nervous—and it wasn't just because of our crazy German guide.

I was sitting in the raft at the top of the seven-metre waterfall, so scared. But also annoyed at myself for being such a baby. We went over the edge and I squeezed my eyes shut and prayed that I wouldn’t die. (You think I’m exaggerating... I’m not). As you may have guessed, I didn’t die and we made it safely and all was well.

But the next few days I couldn’t shake the feeling of frustration at myself for being so scared.

I felt weak and silly.

I went to God with my emotions and realised I believed the lie that I couldn’t be vulnerable and fearless at the same time. In the past, I had always shut off my emotions and my fears because I didn’t want to seem weak. But God showed me that actually feeling afraid and scared is not weakness.

And Courage is when we still do something despite feeling afraid.

Courage and vulnerability isn't having no fear. But rather in the face of fear, still stepping out in faith when we don’t know if it’s safe or what will happen.

Sometimes God uses the smallest circumstances in our lives—even white-water rafting—to teach us the most important lessons.